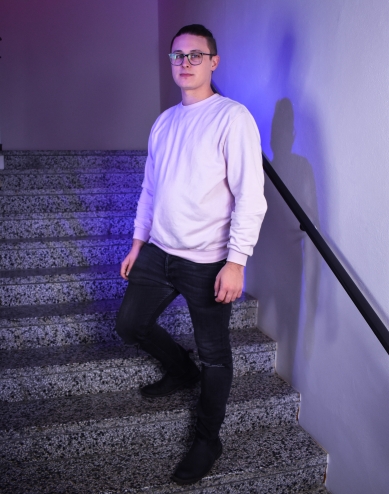 Creative soul with experience behind and on stage. Niklas started on stage as the lead role of the Collage theatre Linné – ett blomstrande spex. After that he continued to be a part of the creative team that wrote new shows, songs and worked on set design. Further expanding on music, he joined the local choir that preformed at Kalmar castle and various local venues. Not only was he a choir member but in many ways also played the part of a soloist.

Niklas have worked a lot with Stockholm pride, doing various tasks in Security communication, backstage area and group leader in the pride parade. After he moved to Malmö he joined the RFSL Malmö and started working with Regnbågsfestivalen that later became Malmö pride. As one of the co-founders of the non-profit association Malmö pride he became cashier and HR manager of the association where he worked for a few years.

Loving the aspect of creativity and showmanship, makeup, wigs, costume creation and performance led him to start doing drag – and Niki Banana was born. Ms Banana is like most drag queens born out of a drunk evening with your friends and then cascading in to a larger than life personality that demands all eyes on her. Ms Banana started with various gigs on the local LGBTQ scene and going back to perform at Stockholm pride volunteer party. Later she got to be part of a show with the drag queen group of Cabaret Moulin, with guidance of artist that has worked with After dark.

Ms Banana is that girl you find funny and lovable at first, only to find her going thru your trash and calling you late at night wondering why you never hang out anymore. You got to love that crazy!

Now Niklas/Niki is proudly presented as a member of Sharday’s crew and cast.